Now here you go again, you say you want your TV show. Well, who is Amazon to keep you down? Daisy Jones and the six, an upcoming Prime Video series, it will follow a fictional dramatic 1970s rock band inspired in part by Fleetwood Mac. The series is based on a book of the same name, written by The seven husbands of Evelyn Hugo Author Taylor Jenkins Reid. The novel was published in 2017 and a copy was opted for which the married couple and executive producers Scott Neustadter and Lauren Levy Neustadter read before its release. Production then stopped due to the pandemic, which explains the wait, according to Vanity Fair. The series also has an EP from Reese Witherspoon via her Hello Sunshine studio, with Scott Neustadter co-creating the show along with Michael H. Weber and co-showrunning alongside Will Graham.

The first preview promises: “Their music made them famous. Their breakup made them legends.” Based on our first good look at the show, it adapts the book’s oral history format into a music documentary version. “Look, I know I said I would tell you everything,” says headline Daisy. “But how much of everything do you really want to know?” Below is all the information that Do I want to know.

The book that the series is faithfully adapting follows the titular Daisy as she navigates the ’70s rock scene. She joins the fictional band The Six, fronted by Billy Dunne. The two, along with the rest of their bandmates and Billy’s girlfriend Camila, navigate interpersonal conflict, musical conflict, and drug abuse.

The story seems to follow the same plot, more or less, as the original book. Their goal was to “figure out how to make the experience of watching it the same as the one we had when we read it,” the creators told vanity fair. That mainly meant keeping the same structure as the book while condensing the framing device, which focuses on the band members looking back on their youth from the future, to their early 20s.

Daisy Jones will be played by Riley Keough, a descendant of one Elvis Presley. Billy Dunne is played by Sam Claflin of Finnick Odair fame. Both Keough and Claflin said vanity fair who spent a lot of time learning how to put on music to play these rockers. Keough learned to play the belt, while Claflin learned to play rhythm guitar and that “Come Together” is not by Michael Jackson. Other cast members include Suki Waterhouse as Karen, Sebastian Chacon as Warren, Josh Whitehouse as Eddie, and Will Harrison as Graham. Camila Morrone will play the fictional Camila, while Timothy Olyphant will play Rod Reyes, Tom Wright will play Teddy Price, and Nabiyah Be will play Simone Jackson.

It sure sounds like that, huh! But no, this isn’t the Fleetwood Mac biographical series you’ve been wishing for. It’s definitely inspired by that iconic band (and their iconic album rumors), as well as the general rock scene of the time, but Daisy Jones and the Six are their thing. If you want to see Fleetwood Mac talking about his whole situation, stick to his behind the music episode.

Blake Mills and Tony Berg wrote much of the original music for the fictional band, which includes songs mentioned in the book such as “Regret Me” and “Aurora”. “It sounds kind of fresh and it doesn’t sound like a play,” Neustadter said. Vanity Fair. Those songs will also include lyrics written in the book. The soundtrack will be released on Atlantic Records.

If you’re ready to rock out with your Six, you’ll have to stand in line. The series premieres on Prime Video on March 3, with new episodes dropping weekly every Friday. For now, all we have is this teaser. Sex, drugs and streaming services.

Chiefs and Eagles will meet for Super Bowl… 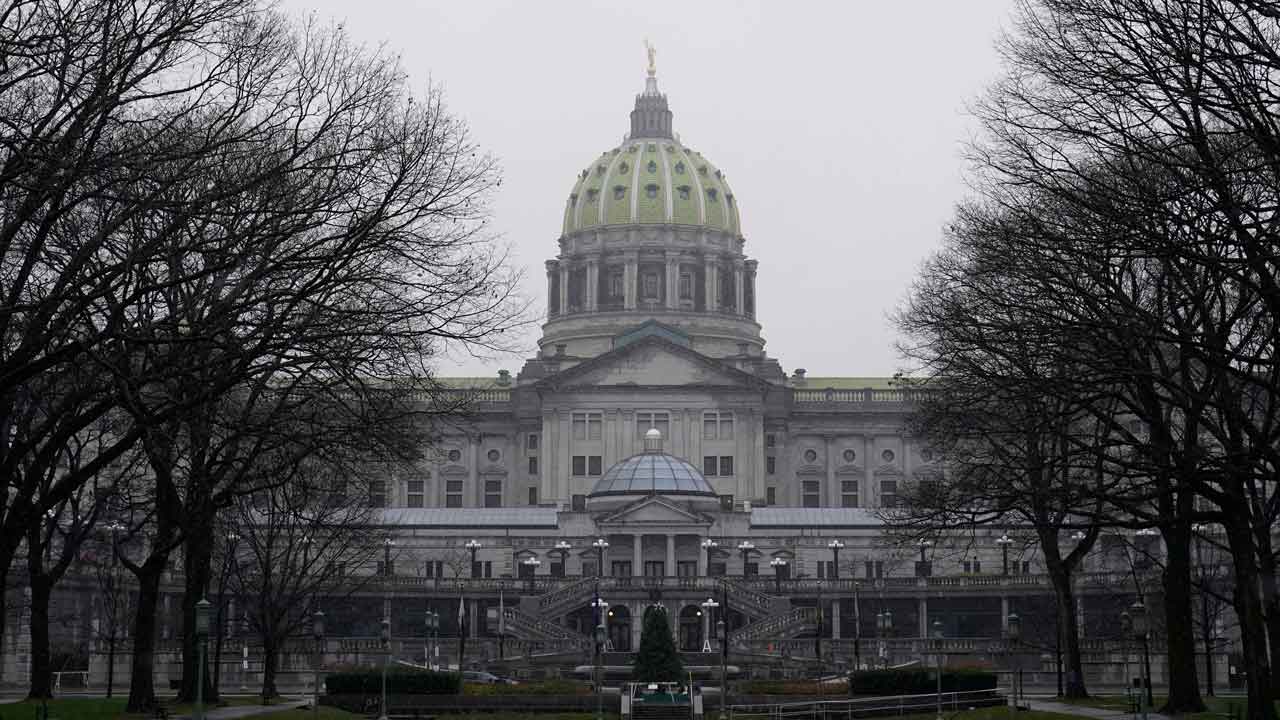 Democrats win control of the Pennsylvania House for…