To date, Donald Trump’s 2024 presidential campaign has consisted of a poorly reviewed launch event in November, a relentless flurry of hyperactive messages on the social media platform he owns, and the sporadic posting of videos meant to function as documents of position.

In a video, for example, the former president border a scattered set of proposals supposedly focused on the First Amendment, but actually meant to highlight the ways in which he feels social media companies like Twitter were unfair to him during the 2020 presidential election. You probably haven’t heard of this one. proposal because, a few hours earlier, Trump had passed over it when announcing the launch of his NFT collection.

That’s a useful parallel with his “politics” videos, really: poorly put together content meant to look impressive but really created to try to extract value from his still-large support base. With NFTs, he wanted money. With politics, you want continued loyalty.

On Wednesday, Trump unveiled the latest consumable item in his collection of policy videos, a call for the House select committee to answer specific questions about the investigation into Russian interference in the 2016 election.

In the abstract, the video seems instantly redundant, given that the select committee relies entirely on investigating as broadly as possible in an effort to suggest that something nefarious happened to Trump and, by extension, the political right. But in the details, Trump’s bullet list of inquiries shows something else: how he, and so many others, use the guise of “just asking questions” to bolster unfounded or debunked conspiracy theories.

The video, shared by aide Liz Harrington, offers several questions that Trump hopes the committee will answer. Despite the fact that several of them have already been answered and despite the fact that they are all based entirely on innuendo rather than specific concerns.

It begins by raising an old claim: Why did members of special counsel Robert S. Mueller III’s investigative team wipe their phones after the Justice Department’s inspector general began investigating the initiation of the Russia investigation?

This idea has its roots in a document obtained by a right-wing organization that records efforts to obtain information from the cell phones used by investigators. It lists a number of people (names are usually redacted), the devices they used, and the results of efforts to obtain information from the devices. This isn’t a list of wiped devices, mind you; instead, it’s a list of dozens of phones searched once the inspector general’s investigation began and an articulation of the information that was recovered from them, often a lot.

In other words, this claim is based on selecting multiple times that devices were rebooted, such as when users forgot their passwords or after phones were put out of use, and suggests that the effort was aimed at blocking an investigation that, in some cases, did not yet exist.

Andrew Weissman, one of Mueller’s team, points out that the inspector general had other means of obtaining the same data. This was already publicly known: a controversy, fueled by Trump, alleging that the messages of two FBI employees had been deleted fizzled out after the government managed to recover the messages. Furthermore, there is no indication in the inspector general’s final report that he was hampered in any way by the lack of messages and there is no indication that he believed there was an effort to obstruct the investigation in this way.

But now take a step back. Is there any evidence that there was something hidden in the first place, something that required wiping a device? There are not. There’s a sense between Trump and his allies that Mueller’s team was up to no good and that the “cleanup” was used as evidence only to that effect. Trump’s question has the same intended result: hinting at wrongdoing that he and his supporters already assume must have occurred, despite a lack of evidence.

“Can you imagine what we would have encountered?” [former FBI officials Lisa] page and [Peter] Strozk and all of them? Trump says after asking the question, helpfully cutting to the chase. Just To imagine How bad were these people! And once you’ve figured that out, there’s really no need to answer the question in the first place.

He then links the Mueller investigation to the ever hated press.

“Who on Mueller’s team was in charge of leaking secret information and fake news to rogue journalists,” Trump asks, “of which there are many to perpetrate the Russia hoax?”

In reality, the Mueller investigation was remarkably secretive. There was a constant barrage of reports about ties between the Trump campaign and Russia, but they generally responded to allegations obtained by Mueller or based on independent reports. Once again, though, Trump doesn’t care about that. He wants people to think that the Russia investigation was illegitimate, which it was not, and that the press was complicit in intentionally spreading false claims, which it was not.

Trump then questions why FBI and CIA officials bought “liability insurance” the day the dossier of reports compiled by former British intelligence official Christopher Steele was made public. This claim is based on a text message exchange between two people highlighted by lawyers for former national security adviser Michael Flynn. This, too, is classic Trump: finding something new or obscure that hasn’t been torn apart 1,000 times and elevating it to significant not because it is, but because it hasn’t yet been proven not to be. Did this insurance purchase actually happen? What a difference! What matters is that Trump can talk about it.

Case in point, your next question.

“How many fake news journalists have been paid or compensated by US government agencies directly or indirectly,” Trump asked, “for their role in spreading internal disinformation like the FBI did with Twitter? ”.

This isn’t a terribly sharp question, not that that’s the point. It’s taking a bit of misinformation that has surfaced recently on the right, that the FBI paid Twitter to censor people, and suggests that the government paid the media to spread misinformation. But the FBI didn’t pay Twitter to censor people. Complied with federal law that requires the government to pay technology companies for providing information pursuant to subpoenas. It’s like he bought you something on Etsy and sent you a check for $100 with a thank you letter, and then someone took that letter and tried to argue that it showed he was paying you to post rude comments on Facebook.

This has been discredited, many times, conclusively. Trump doesn’t care. His allies don’t care. His followers don’t care. sounds bad. Can you imagine what the FBI tried to cover up with Twitter and Facebook and all of them?

Trump asks a generic question about the government trying to change the 2020 election, which is just vague, uncomplicated Trumpism. But then we come to the final meaty “question” from him.

“What was the role of federal agents and informants in pressing the crowd toward the Capitol on January 6?” he asked. “And who is Ray Epps?”

The central cause of the riot on Capitol Hill, of course, is the guy asking this question, the guy who constantly misled his supporters about the 2020 election, who encouraged them to come to Washington that day, who irritated them despite of learning that they had weapons and that he then directed them to the Capitol. But Trump isn’t enthusiastic about tackling all of that, so he has no qualms about asking the conveniently unanswered question of possible FBI involvement.

The FBI, of course, doesn’t say when it has agents somewhere because if it started doing so, it could uncover FBI infiltration through a process of elimination. “Do you have agents infiltrating Organization X?” “Not.” “What about Organization Y?” “Uh, no comment?”

But it’s the mention of “Ray Epps” that really says it. Epps, a guy on tape encouraging people to enter the Capitol the day before, has become a central part of the half-baked conspiracy theory that the riot was somehow sparked by federal agents. His presence, and lack of culpability, has been extensively examined and demonstrated, but Trump et al. I don’t care “Who is Ray Epps” is to the Capitol Hill riots what “jet fuel can’t melt steel girders” was to the terrorist attacks of September 11, 2001: a shorthand marker for skepticism. Or, really, a marker that the speaker, presumably like those to whom he is speaking, rejects evidence that discredits the “question” being posed. It’s a statement less about believing in something specific than about a broad willingness to disbelieve anything that needs to be disbelieved to keep the central idea in play.

What Trump is doing is not generating thoughtful, useful questions for a congressional committee that plans to act in good faith. He is simply trying to carve out some of the ground the committee was meant to police: a formalized rejection of the obvious reality of the Russia investigation and January 6. The committee exists to benefit from the long-nurtured skepticism of the official ) understanding of those events and damn if Trump isn’t going to benefit from that too. 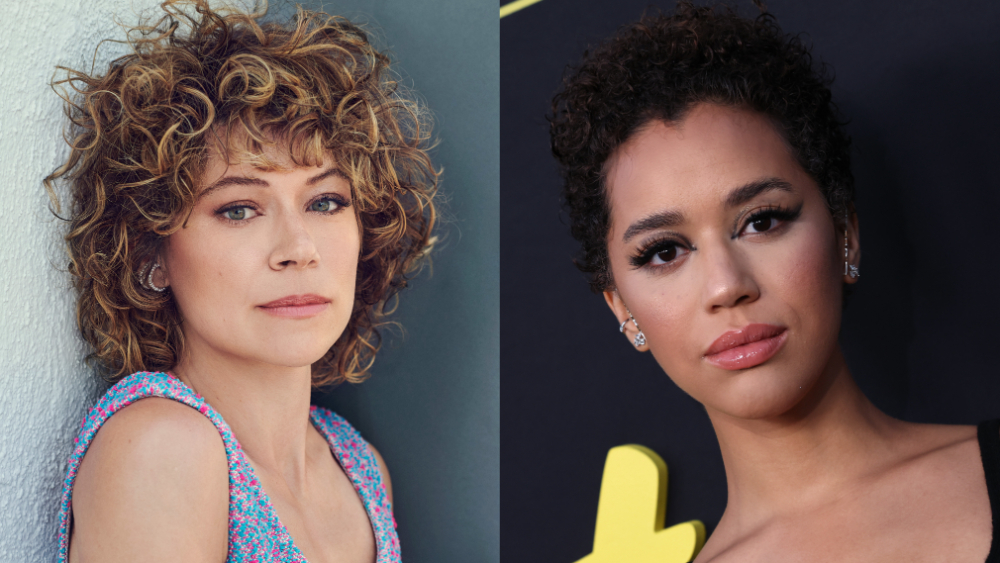 ‘You know why.’ Jurgen Klopp refuses to answer… 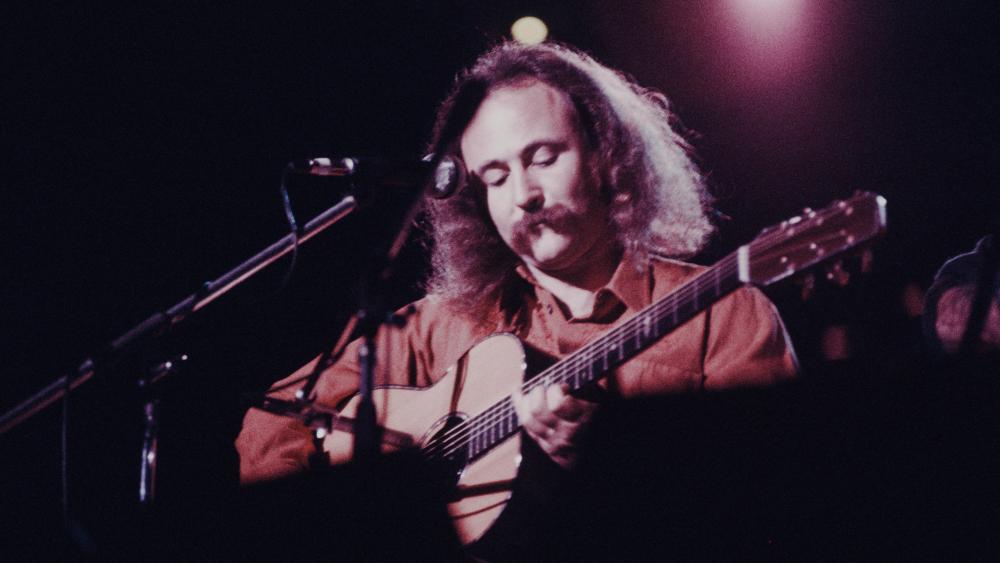 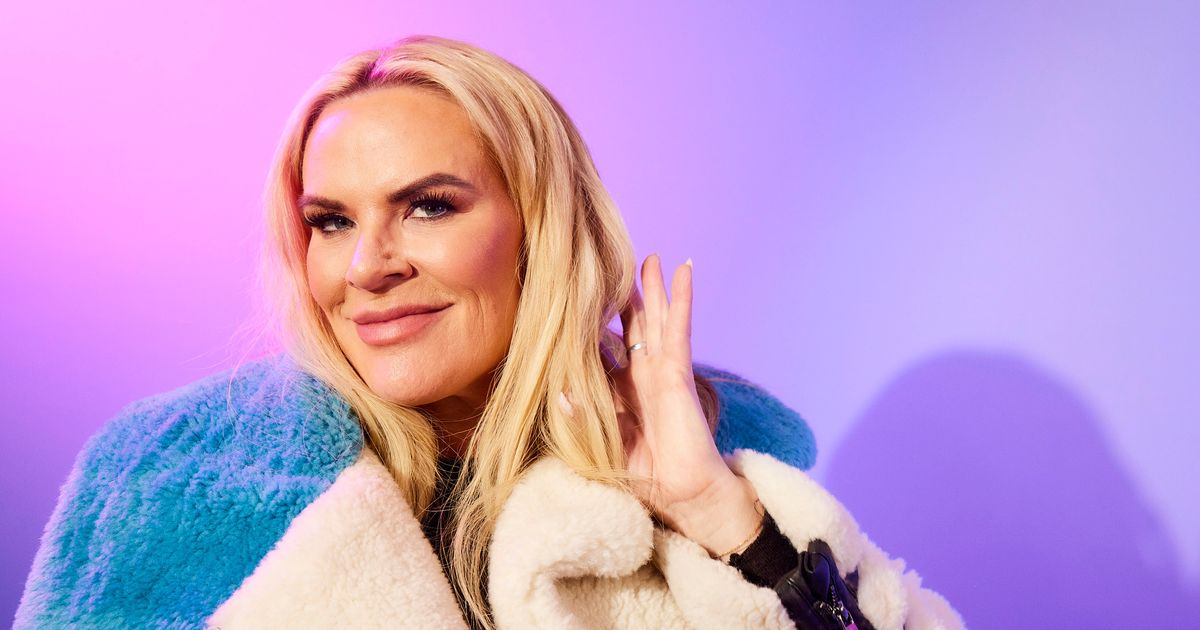 The Mormon church will not allow Heather Gay…