Tuesday’s Oscar nominations brought the surprises many expected. Some were met with joy and others with anguish.

Social media and awards pundit circles have been hyping Daniel Kwan and Daniel Scheinert’s “Everything Everywhere All at Once” as an undisputed favorite for most of awards season. With 11 nominations leading the way, it’s in an excellent position to win best picture for distributor A24, the same studio that nailed the memorable “Moonlight” vs. “La La Land” at the 2017 show. A24 led the day for the studios with 18 outright nominations, with Netflix coming in second with 16.

The multiverse film garnered expected nominations for acting: Michelle Yeoh, Ke Huy Quan, Jamie Lee Curtis, and Stephanie Hsu, but flexed into craft runs like costume design, original score, and original song. However, having the title of “one to beat” can get the claws out of other studios and strategists who want to rise to the top. In particular, in the extended best picture era (since 2009), the film with the most Oscar nominations has won only four times: “The Hurt Locker” (2009), “The King’s Speech” (2010), “Birdman” ( 2014) and “The Shape of Water” (2017). But, before “Film Twitter” wins, this race is far from over, with influential industry groups yet to weigh in, including the DGA, BAFTA, PGA and SAG.

We love looking at the “stats” that normally dictate an Oscar winner. Still, many have broken in this era, most recently with “CODA” (2021), winning no nominations for directing or any technical category, along with DGA failures, that no film in the modern era has been able to pull off.

At Tuesday’s nominations, we witnessed a couple of “rules” unravel.

The best actor race is made up of all first-time nominees: Austin Butler (“Elvis”), Colin Farrell (“The Banshees of Inisherin”), Brendan Fraser (“The Whale”), Paul Mescal (“Aftersun”) and Bill Nighy (“Live”). This hasn’t happened since the 1934 three-person lineup of Clark Gable, Frank Morgan, and William Powell. As for who wins the category, Butler, Farrell and Fraser each have a televised award, with BAFTA on the horizon. The British voting bloc seems to favor Martin McDonagh’s Irish black comedy, which could give Farrell an edge, but SAG will have the final say before the final vote opens.

Aside from Farrell, “Banshees” turned in a great performance, which, by “traditional standards” of what best picture wins, is the only other film outside of “Everything Everywhere” with the precursor makeup going all the way. Although Martin McDonagh made up for his slight by directing “Three Billboards Outside Ebbing, Missouri” (2017), finding a clear path to Academy success for “Banshees” is difficult. The directorial race looks like a battle between Steven Spielberg (“The Fabelmans”) and the Daniels. The original screenplay race is also being helped by “Everything Everywhere” (even if it doesn’t make it to best picture). The same British voting bloc that secured nine nominations for “Banshees” could be split on votes with German war drama “All Quiet on the Western Front” and Palme d’Or winner “Triangle of Sadness.”

“All Quiet,” which tied with “Banshees” for the second most nominations, became the third remake of a former best picture winner to be recognized, after “Mutiny on the Bounty” (1962) and “West Side Story” (2021). ). The inclusion of Edward Berger’s powerhouse drama provided a resounding sigh of relief for Netflix after showing vulnerability with its other titles struggling on the circuit, such as “Glass Onion” (only capable of assembling an adapted script), “Guillermo del Toro’s Pinocchio ” (unable to take advantage of additional technological standards) and “Bard” (beating mixed reviews for engaging cinematography).

Universal Pictures’ “The Fablemans” had a good enough morning to keep it a viable top prize contender, with a few shortcomings (like cinematography and editing) that suggest the race is still on. Not only is Spielberg now tied with Martin Scorsese for the second-most nominated director ever with nine, but his personal drama marks his 13th film to be nominated for best picture, tying him with William Wyler for the most film director. nominated.

For “The Fabelmans,” Michelle Williams’ best actress nomination made it across the finish line. Still, with no other industry awards to win until Oscar night and strong performances from her competition, Cate Blanchett (“Tár”) and Michelle Yeoh (“Everything Everywhere”), she’s likely to come in a distant third. place (at best).

Speaking of best actress, the surprise of the day was undoubtedly English star Andrea Riseborough for her portrayal of a Texas lottery-winning single mother in Michael Morris’s drama “To Leslie” from independent distributor Momentum Pictures. The grassroots campaign was launched on top of the Oscar voting, with leading members of the acting community including Amy Adams, Edward Norton, Charlize Theron and Kate Winslet hosting screenings. Riseborough has earned much respect from the Hollywood community and moviegoers alike, with roles in past winning films like “Birdman” (2014). Her inclusion is worth celebrating and will likely inspire future campaigns from actors whose studios don’t have the financial wherewithal to mount awards campaigns for their performers.

“Elvis” performed even where the pundits had projected him, picking up multiple tech names but missing out on Baz Luhrmann. However, the Australian author is nominated for best film as a producer along with his wife, Catherine Martin. Martin is also the most nominated woman of the year, with additional nominations in production and costume design, both of which are well within the reach of the four-time winner. The biopic about the King of Rock and Roll also recognized cinematographer Mandy Walker, who also earned an ASC nomination. This comes after Claudio Miranda’s most shocking snub of the day for “Top Gun: Maverick,” which was the favorite to win the award. With Roger Deakins’ “Empire of Light” and Darius Khondji’s “Bard” the only nominees for their films, and Florian Hoffmeister (“Tár”) and James Friend (“All Quiet on the Western Front”) without ASCs, the category it is in a state of flux. Only twice has a film won cinematography without an ASC nomination: “Glory” (1989) and “Pan’s Labyrinth” (2006).

Todd Field’s 16-year return to film was warmly embraced by the Academy, with “Tár” garnering a massive six nominations, including two for Craftsmen that many didn’t expect. So naturally this boosts Blanchett’s awards run to win the third statuette for her. Still, with women of color disappointingly underperforming in leading lady, following snubs from Viola Davis (“The Woman King”) and Danielle Deadwyler (“Till”), Yeoh could push her way to the front of the close race.

Also reminiscent of another lone best picture nominee, MGM/UAR’s “Talking Women” limped into the morning with only two nominations for best picture and adapted screenplay for Sarah Polley. In the first year of the expansion to 10 best picture awards, the Coen brothers’ “A Serious Man” (2009) got only one film and one original screenplay.

While the box office is strong for “Avatar: The Way of Water,” which recently topped $2 billion, it earned a modest four mentions, down from the original’s nine nods. The other sequel, “Top Gun: Maverick,” took off with six, including the adapted script. But, of course, a preferential ticket can be a movie like “Top Gun”‘s best friend; as we know, what is “most loved” is what wins the best film, rather than what is “liked best”.

Other notable mentions include Judd Hirsch breaking the record for the longest gap between a first and second nomination, long held by Henry Fonda. Hirsch’s first nomination for “Ordinary People” (1980) came 42 years before his second supporting actor nomination for “The Fabelmans.” Meanwhile, Angela Bassett’s nod for “Black Panther: Wakanda Forever” arrived with another love in the craft and will likely provide an unbroken winning streak for the Dolby Theater on March 12.

As for the actual ceremony, the Academy has a gift in the original song career with Lady Gaga (“Hold My Hand” from “Top Gun: Maverick”), Rihanna (“Lift Me Up” from “Black Panther: Wakanda Forever”), David Byrne (“This Is a Life” from “Everything Everywhere All at Once”), Sofia Carson (“Applause” from “Tell It Like a Woman” and dance sensations NTR Jr. and Ram Charan ( “RRR’s “Naatu Naatu”) on deck for (hopefully) everyone to perform. Producers should build the evening around these powerhouses.

For now, we venture forward into an elongated phase two.

The first winning predictions are below:

best picture:
“Everything everywhere, all at once” (A24)

Actress:
Michelle Yeoh, “Everything Everywhere, Everything at Once” (A24)

Secondary actor:
Ke Huy Quan, “Everything everywhere at the same time” (A24)

Original screenplay:
“Everything Everywhere, Everything at Once” (A24) – Daniel Kwan, Daniel Scheinert

Cinematography:
“All Quiet on the Western Front” (Netflix) – James Friend

international feature:
All quiet on the western front (Germany)

animated short:
“The Boy, the Mole, the Fox and the Horse” (Apple TV+) – Charlie Mackesy and Matthew Freud

What we know, and what we still don’t… 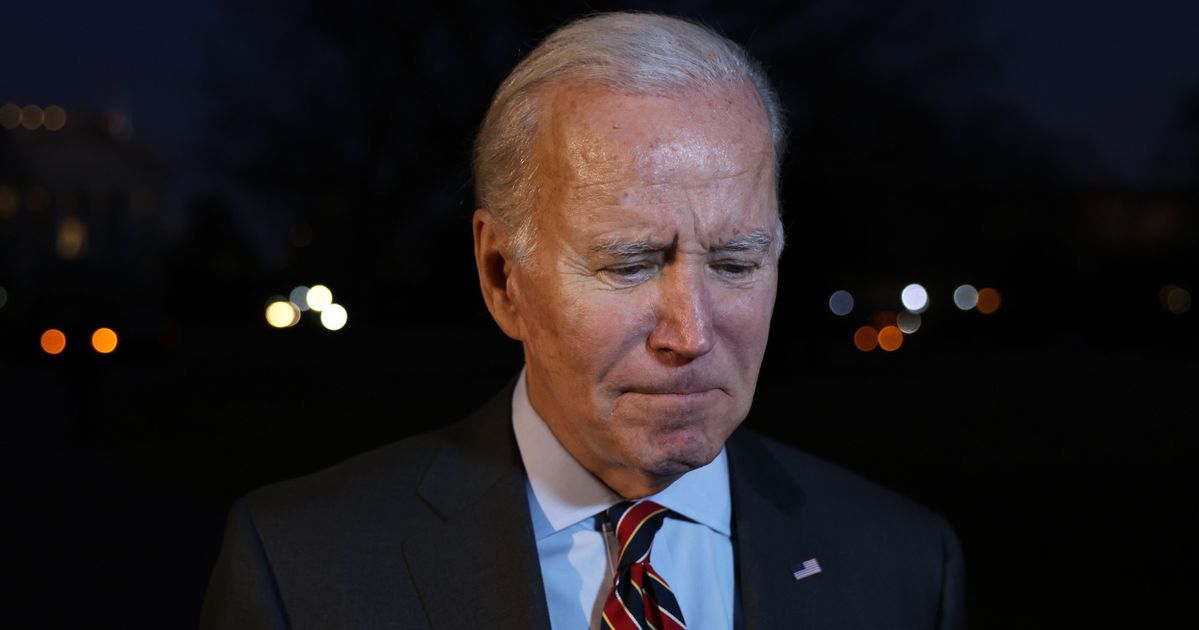 Satellite images hint at the scale of the…