Swifties and Ticketmaster will apparently never, ever, ever get back together.

Or perhaps, after the debacle Taylor Swift fans suffered while trying to buy seats for her tour, it could be said that there is “bad blood” between them and the ticket industry.

Wordplay and canon play on Taylor Swift was brought up at a hearing this week by the Senate Judiciary Committee investigating possible antitrust practices by Ticketmaster. The ticket giant dominates events ranging from concerts to sports.

Ticketmaster and Live Nation merged in 2010.

“I believe in capitalism and having a strong capitalist system,” said Sen. Amy Klobuchar, D-Minn. “You can’t have too much consolidation. Something that unfortunately for this country, as an ode to Taylor Swift, I’ll say we know ‘Too well.'”

Klobuchar leads the Judiciary Committee’s antitrust subcommittee after Democrats retained control of the Senate in the midterm elections.

“A few months ago I was hoping to get the sledgehammer back,” mused Sen. Mike Lee, R-Utah, of Klobuchar. “But she’s ‘cheer captain’ and I’m in the stands.”

That’s a line from Swift’s song “You Belong With Me.”

“Nice of Taylor Swift to have written a song about this very situation,” Lee added.

All I can say is that it’s a good thing that Black Sabbath have never had a problem with their tickets. Imagine the jokes the Senators could come up with around Black Sabbath classics like Fairies Wear Boots, Sweet Leaf, and War Pigs? 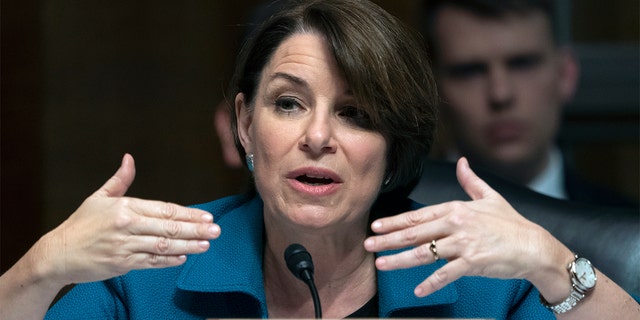 But back to Taylor Swift.

Lawmakers credited Swift and her acolytes with drawing attention to potential antitrust issues. A small contingent of Swift fans protested outside Dirksen’s Senate Office Building ahead of the hearing.

“As I was driving this morning, I couldn’t help but notice that I have never seen more smiling and happy protesters than the ones I saw today,” Lee said. “I think the Swifties have figured something out and are very good at getting their message across.”

“We apologize to the fans. We apologize to Ms. Swift. We need to do better and we will do better. Ticketmaster learned valuable lessons from selling,” Live Nation’s Joe Berchtold testified before the committee.

Despite the mea culpa, Berchtold punted. 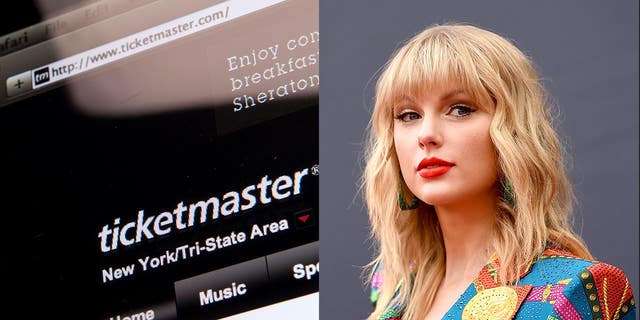 “Major ticketing companies, including Ticketmaster, do not set ticket prices. We do not decide how many tickets go on sale and when. And we do not set service fees. Pricing and distribution strategies are determined by the artists. Service fees, even if they are called ticketing fees, are mostly retained by venues and their portion of the service fee,” Berchtold said.

He also said that Live Nation has “lost, not gained, market share since the merger” with Ticketmaster in 2010.

As for the digital disaster with ticket sales for Swift’s upcoming “The Eras” tour, Berchtold claimed that automated consumers and bots flooded systems, preventing fans from purchasing tickets.

“Then we were hit with three times the amount of bot traffic we had ever experienced before,” Berchtold said.

GAVIN ROSSDALE ON TAYLOR SWIFT TICKET FIASCO: ‘EVERYONE WANTS TO CRASH THE SERVERS’

He noted that Live Nation has spent about a billion dollars over the past decade to combat bots.

But that failed to impress Sen. Marsha Blackburn, a Tennessee Republican. 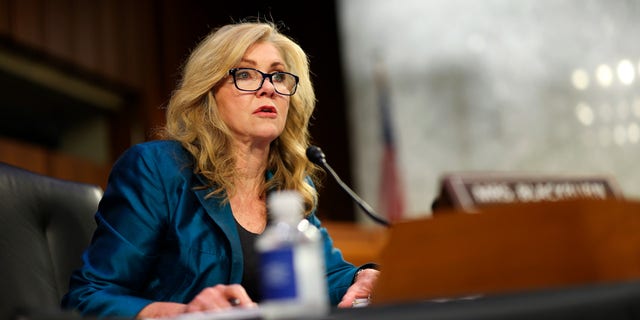 “Our critical infrastructure in this country, whether it’s utilities, electric, water, power, banking, credit card processors, payment processors, healthcare companies, are being attacked by bots every day by the thousands. By the thousands. And they have figured it out. But you haven’t,” Blackburn chided. “Is incredible.”

The House and Senate are closely divided. But Swift’s ticket maelstrom accomplished something rare on Capitol Hill.

“I have Ticketmaster to thank for an absolutely amazing achievement. Bringing Democrats and Republicans together in clear unity,” said Sen. Richard Blumenthal, D-Conn. “Ticketmaster is of the opinion that it’s everyone but us. You should look in the mirror and say ‘We’re the problem. It’s me.'”

TAYLOR SWIFT IS THE MOST POWERFUL NON-POLITICAL: JOE CONCHA

That’s a reference to a line in Swift’s latest hit, “Anti-Hero,” when she sings, “I’m the problem. It’s me.”

For legislators, Live Nation is undoubtedly a central player in this drama. And probably an antihero. But many in the music industry believe they are cornered by Live Nation and forced to work with Ticketmaster.

“We really don’t see Live Nation as the enemy,” singer Clyde Lawrence testified. “They’re just the biggest player. And that works against us as artists and often against our fans as well.”

Lawrence told the senators that Live Nation takes a 20% commission on merchandise sold at concerts, and artists rarely see a share of the revenue generated from concessions and parking.

“Venues fear losing Live Nation concerts if they don’t use Ticketmaster,” said Jack Groetzinger, chief executive of SeatGeek. “The only way to restore competition in this industry is to split up Ticketmaster and Live Nation.”

There is also a dispute over who sets the ticket prices for concerts. A report from the Government Accountability Study found that fares make up 27% of all ticket prices. Many consumers do not know the grand total of the tickets until after they have already made a final transaction.

“I don’t know where the answer is. But nobody takes responsibility,” Lawrence said. 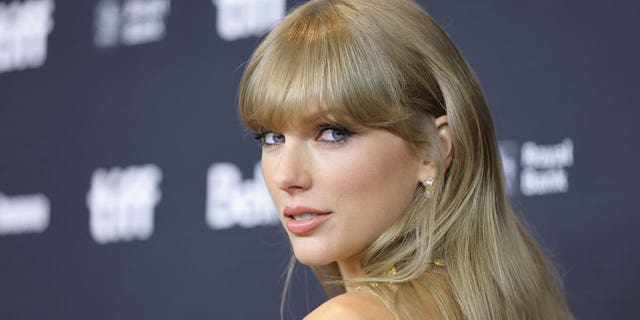 Taylor Swift has reportedly turned down an offer to perform at the 2023 Super Bowl.
(Amy Sussman/Getty Images)

“Clearly there is no transparency when nobody knows who sets the rates,” Klobuchar added.

Criticism about the fees and Ticketmaster dates back to the mid-1990s.

In 1993, Pearl Jam capped ticket prices for their “Vs.” tour for a meager $18. This came just after Ticketmaster picked up its main competitor in the market, Ticketron. Pearl Jam ultimately canceled their tour because they tried to perform at venues where Ticketmaster was not contractually required to handle tickets. Things were a logistical nightmare. 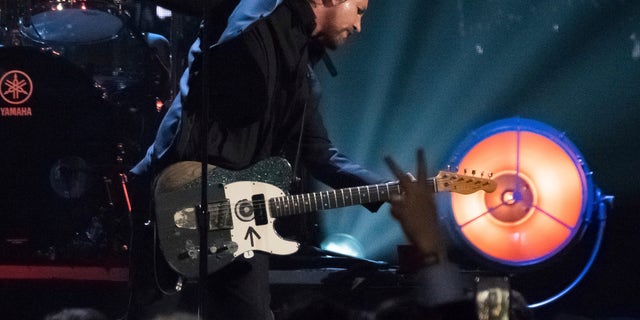 Pearl Jam guitarist Stone Gossard and bassist Jeff Ament testified before a House panel in 1994 about their plight.

“Many Pearl Jam fans are teenagers who can’t afford the $30 or more that is often charged for tickets today,” Gossard testified. “It is this incestuous relationship and the lack of national competition for Ticketmaster that has created this situation that we are faced with today.”

At this week’s hearing, Sen. John Kennedy, Republican of Los Angeles, offered a solution to the conundrum of the fines.

“Cut out the middlemen,” Kennedy suggested. “If you really care about the consumer, give them a break. Not every kid can afford $500 to go see Taylor Swift.”

With ticket prices soaring, it remains to be seen if the music industry can “Shake It Off.”

Chad Pergram currently serves as a Senior Congressional Correspondent for FOX News Channel (FNC). He joined the network in September 2007 and is based in Washington, DC.

Archives says it has to check with the…

At least 4 Americans among those killed in… 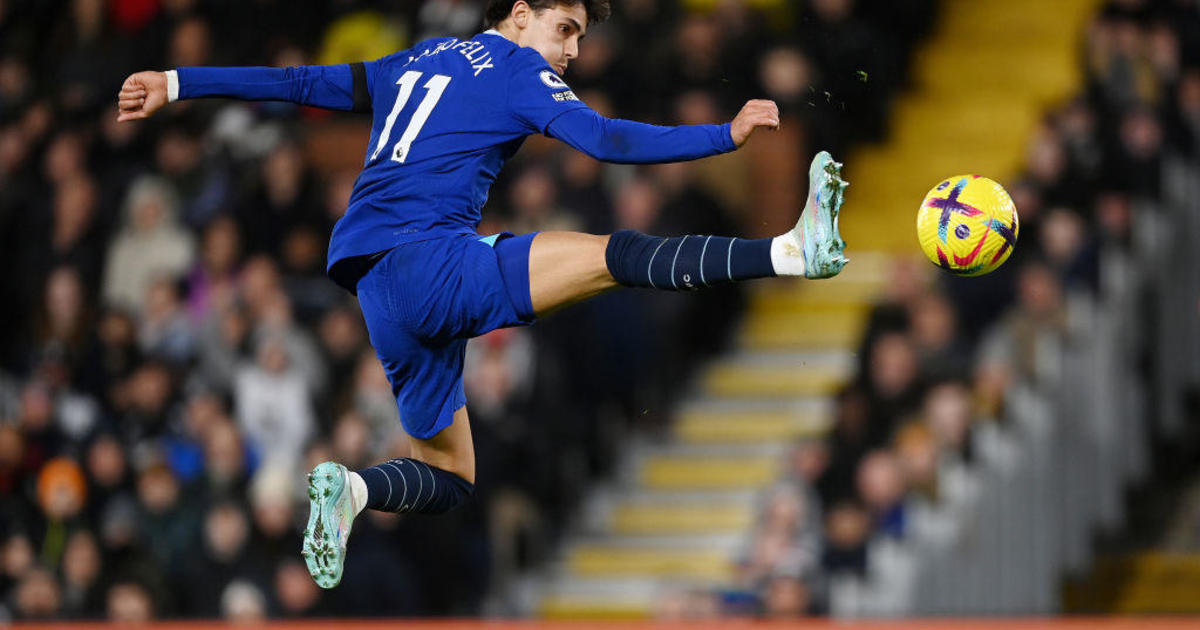 Premier League 2023: how to stream the Chelsea…